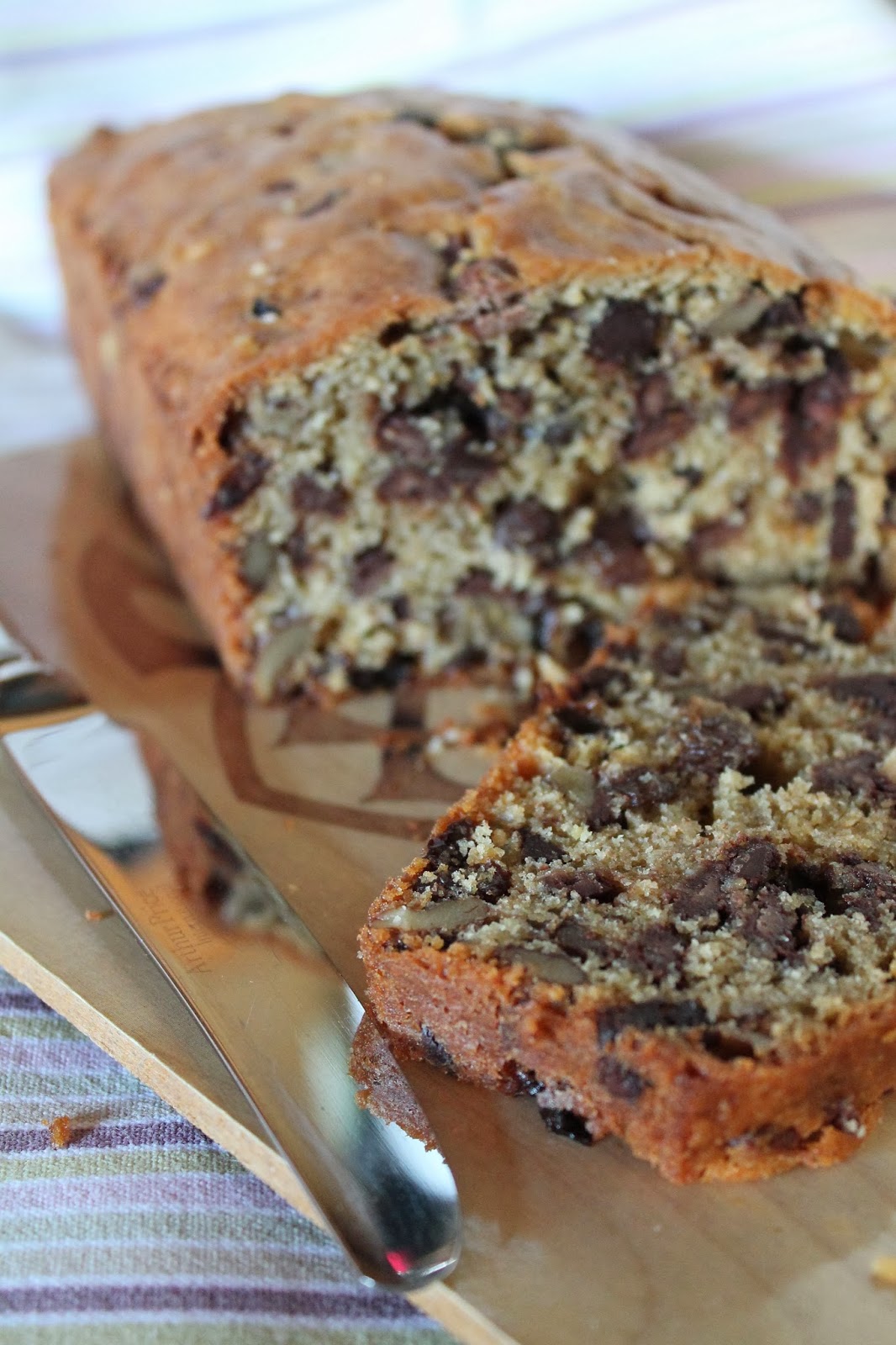 It has been an extremely busy couple of weeks for one reason or another. It is good to get to Monday morning and actually be looking forward to the week ahead; a quiet one in which I can potter gently rather than gallivanting around the country and trying to cram too many things into each day. I am looking forward to spending some time in the kitchen surrounded by gently simmering casseroles and slowly baked cakes rather than furiously boiling pots and hot sizzling pans.

I did manage to fit in a little baking towards the end of last week when I took on the random recipe challenge hosted by Dominic at Belleau Kitchen. This month he has joined forces with with Choclette from Chocolate Log Blog who hosts the monthly 'We Should Cocoa' challenging us to select a random chocolate recipe from our collections of recipe books. Running my hand along the bookshelves, the first book I selected turned out to be Delia Smith's 'Summer Collection'. A quick check in the index revealed that chocolate is apparently a seasonal item as it does not feature in this book (which has now gone down in my estimation - surely chocolate is essential year-round?). Fearing the next random book choice would be something equally bereft of chocolate, I decided to make things easier by pulling out the four chocolate-themed books I happen to own. I did a quick shuffle and ended up with a book that was given to me years ago and which I have never found to be particularly inspiring. Disappointing!

I considered a quick swap for the Green and Black's book I had been hoping for but decided that this would not be true to the challenge. The book in question is a small hardback entitled 'Chocolate' and is written by Jacqueline Bellefontaine. First published in 1999, the book feels rather dated but does include many tempting recipes including a chocolate queen of puddings, white chocolate truffle cake and chocolate zabaglione. Sadly when opening the book at a random page, I did not open it on any of these pages. I wasn't too disappointed though as it opened on a chocolate tea bread. I am a huge fan of loaf cakes and particularly like a fruit-packed tea loaf spread with butter so thought this would be a pretty good variation. The picture looked tempting and the ingredients included raisins, chocolate chips, orange rind and walnuts which I felt would all work together. 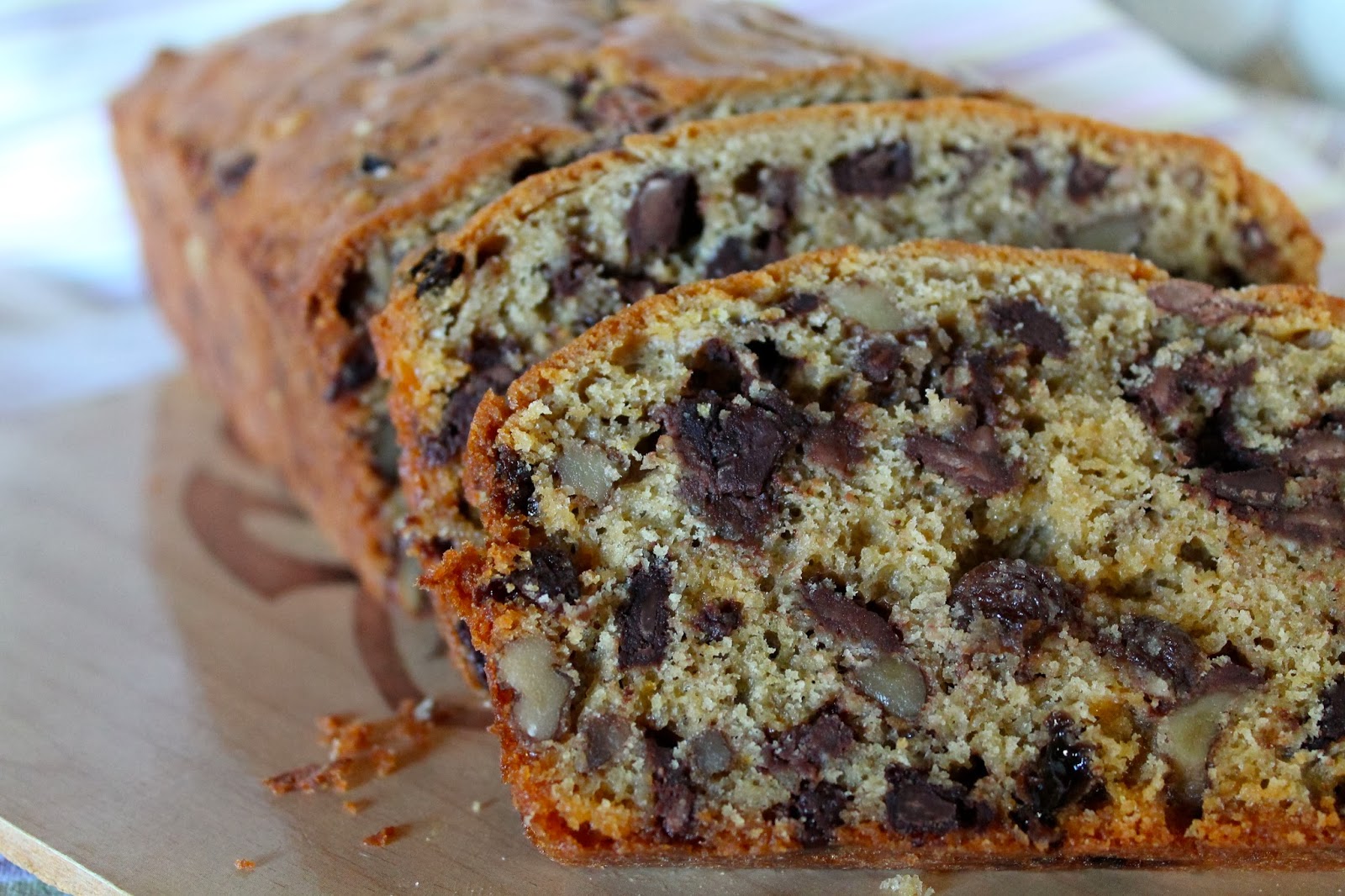 Unfortunately, I was rather disappointed with this bake. Despite following the recipe, it felt like a heavy brick once baked and cooled. Upon eating it was heavy, dry and dense and definitely needed butter. Most definitely a tea bread as opposed to a loaf cake! I took it to my parents' house for the weekend where my mother declared that it would be quite nice without the chocolate despite my protestations that this rather defeat the object of a chocolate tea bread. Mr LBG thought it would be improved if spread with Nutella and thought it was overbaked. I felt there were too many eggs in the recipe (four for a standard loaf cake) and that this might have contributed to the dense texture.

Sadly, not a recipe I shall be repeating but a great opportunity to dust off and old cook book.

Email ThisBlogThis!Share to TwitterShare to FacebookShare to Pinterest
Labels: Baking, Random Recipes, We Should Cocoa