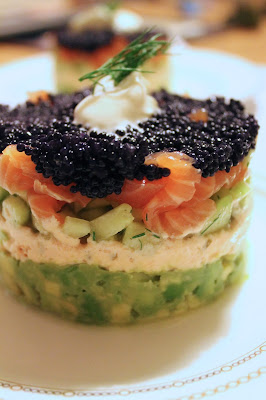 Happy New Year! The festive fortnight has (so far) left me almost unable to move due to the sheer volume of deliciousness that I have consumed. Having been away for Christmas itself (deliciousness prepared by my brother), we felt slightly worried by the fact that upon returning home, we would have none of the usual leftovers to pick at over the days to come. 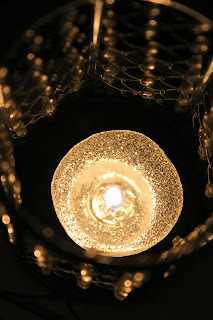 Rather than allowing normal service to resume (an option the more sensible and health-conscious might have chosen), we headed to the supermarket in search of bargains and snapped up a fridge worth of tasty canapes, cocktail sausages, a whole ham, various cheeses, festive biscuits and chocolates. None of which were required but all of which have been consumed with dedication and appreciation.

By New Year's Eve, I must confess that, greedy as we are, we had pretty much reached our limit. Rather than leaping with joy at the prospect of another gourmet meal, we groaned slightly and checked the supplies of Zantac. We had planned a spoiling meal for two, taking it in turns to cook the courses. No expense spared (within reason) due to the fact that 'staying in' saved the cost of a babysitter. At 5pm, neither of us looked particularly thrilled by the idea of yet more food but miraculously (and thankfully), one glass of Champagne in and we rallied! I call it the power of Perrier Jouët. 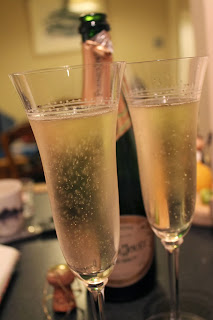 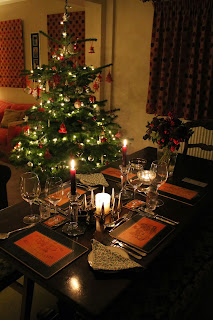 I was in charge of the starter and pudding with Mr Greedy taking responsibility for the main course and side dishes. I was quite pleased with my pretty starter which I made up as I went along - a stack of smoked salmon, avocado and cucumber with a layer of smoked salmon pâté, topped off with lumpfish caviar. They were rather large and I would scale them down next time (I need smaller rings) but I will definitely do them again - they can be prepared well in advance and are easy to do. If you have individual ring moulds (timbales), then so much the better. If not, you can make your own with old, clean yoghurt pots or similar.

Roast duck was the main event, accompanied by a rather tasty red wine blackberry sauce from a Gary Rhodes recipe. Gratin dauphinoise, braised red cabbage and glazed carrots were welcome additions alongside. Pudding was chocolate fondants. Not particularly adventurous, you might think, but actually something I have never attempted to make. I have always assumed they would be tricky to get just right but this recipe from Gordon Ramsay is absolutely foolproof. The best part is that you can make them in advance and even cook the straight from frozen. I halved the recipe to make four fondants and have two in the freezer to whip out when we have an urge for a treat further down the line. I will definitely make these again for a dinner party for this reason - I had always assumed that they would have to be made last minute which always puts me off! As suggested, I served with a caramel sauce and good vanilla ice-cream. A dusting of chocolate honeycomb topped it off nicely and gave it a little New Year glitz.

All in all, our New Year dinner-à-deux was a great success and a good excuse to test-drive some new recipes for entertaining. It was also a great excuse to enjoy some fabulous wines - the starter was served with a lovely St Veran from Château de Beauregard but we felt a crisp Alsace riesling might have been a better match. A reserva Rioja from Muga was beautiful with the duck and The Wine Society's Tawny Port a reasonable match with the chocolate pudding. A touch of Trivial Pursuit kept us going until midnight and we toasted the 2014 amidst resolutions to focus on quality not quantity on all things food and drink related going forward!

Here is the recipe for the salmon starter. Quantities are very approximate - it will depend on the size of your moulds. Also, feel free to layer it up however you choose - I liked to alternate green and pink and the crunch of the cucumber made a nice contrasting texture. A layer of prawns might be good if you are that way inclined. Perhaps a layer of quail's egg mayonnaise?

Smoked salmon towers
Serves 4 (based on small 2.5 inch ring moulds, or individual yoghurt pots with the bottom cut out!) 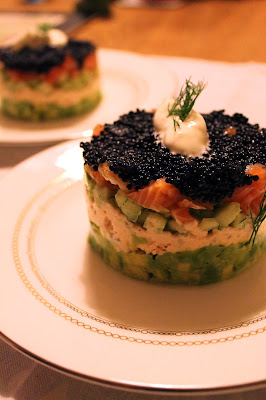 *Note: I topped my towers with a layer of lumpfish 'caviar'. I found this too overpowering and next time would just use a small blog with the crème fraîche as a garnish. My husband thought it worked well though, so each to their own!

For the smoked salmon pâté:

1. To make the pâté, place all ingredients in a food processor (I use a mini one). Add lemon juice and pepper to taste. Set to one side whilst you prepare the other layers.

2. Chop the avocado up into chunks and squeeze over lemon juice to prevent discolouration. Season with plenty of salt and pepper and mash slightly.

3. Peel the cucumber, scoop out the majority of the seedy middle with a teaspoon and chop into tiny dice. Stir through the dill and set aside. 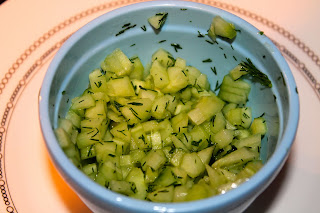 4. Chop the smoked salmon into small pieces - I used a pair of scissors for this.

5. Assemble your towers: take the plates upon which you plan to serve the starter and place the moulds/rings in the centre of each plate. Start with a layer of avocado mix - spoon evenly between the moulds and gently push to the edges of the ring so that you have an even-ish layer. Repeat this process with a layer of pâté, then cucumber and finally the smoked salmon. I then topped mine with a layer of caviar but please see note*.

6. Place plates in the fridge for at least half an hour but longer is fine too (you could make late morning for that evening). When ready to serve, carefully lift the moulds up and garnish the towers with a blob of crème fraîche and a sprig of dill. A little melba toast on the side might be a nice addition too! 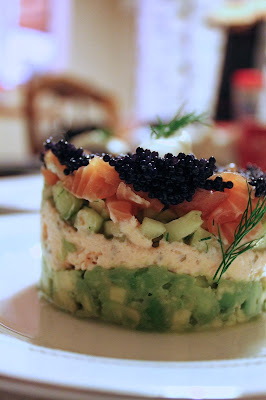